After failing with coastal navigation the previous day we decided to practice some open water navigation and cross to Lundy. We have heard so much about it that we just could not resist and miss it during our trip. When doing our numbers at Hartland Quay we could see conditions are not perfect but we felt confident about the crossing. Although Natalie was asking whether doing it late in the afternoon and evening was wise. I thought it was.

It was spring tide and tidal window was quite late. We planned to leave just before 6pm and arrive there shortly after the tide turns, after 9pm. As soon as we left some heavy showers came and both the island and land disappeared from view. Maybe we should have taken it as warning. Natalie was also pointing out that the waves were slightly bigger but I reassured her it was due to being close to shore. Well they got smaller further from the land, but only in some extend. Never mind we paddled keeping our bearing and all looked fine, even the island appeared in sight again.

This lasted till we reached Lundy with about 1 mile left. Then the dark came, and waves became bigger. In a minute or two it became clear we are in the middle of tide race. Not something Natalie likes, especially when going with the waves. Mind you, it was spring tide and looked like it, too. Now I understand why our friend from club, Nick, doesn’t want to make the crossing during spring tide. We were surfing towards Lundy for as long as possible, but once it became too much, we had to turn against the waves and go with the flow to get out of it. Now we were risking missing the island and paddling back to mainland but still better than swimming that direction.

Fortunately soon we were out of it and could make it to the island in an eddy. We had to squeeze between rocks in complete darkness and in the end push the boats across very shallow bit into the landing bay. I have to say we learned a lot. Next time I will allow more time for daylight. Also I underestimated the tide race, I did not expect it to build within half hour after turning of the flow. The rest of the lesson I am happy to share with people over a pint. Natalie learnt that she can handle bigger condition than she previously thought. And she needs to carry more safety equipment on her (not on a boat) which she always resists and now she understands why I want her to be attached to the boat when conditions are too windy or too big. As for the photos they were taken every time by Natalie while I needed pee. But we may not be able to upload them just now due to weak connection. Today we have an expensive rest day on Lundy, landing fee, campsite, you even have to hire a towel, can’t charge stuff in the pub, and so on, very strict. 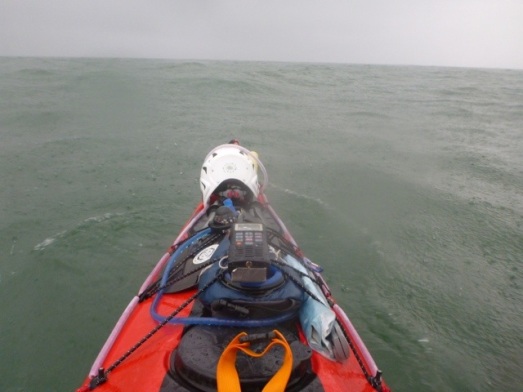 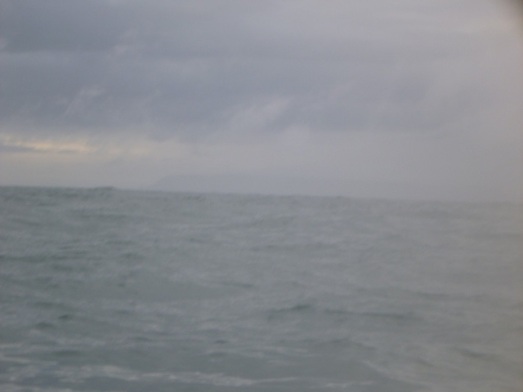 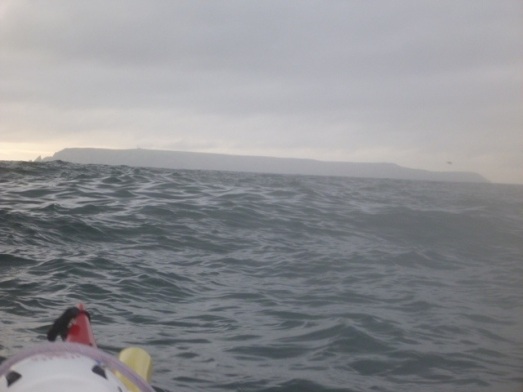 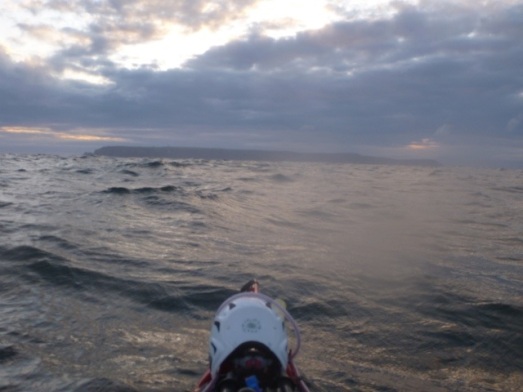 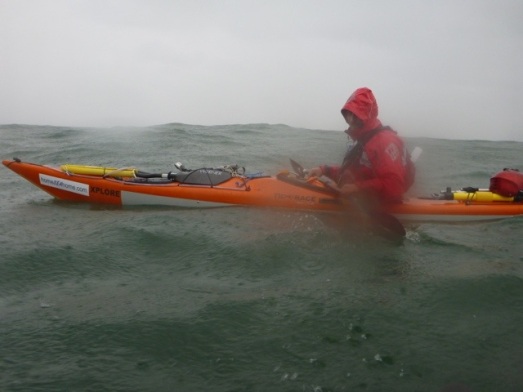 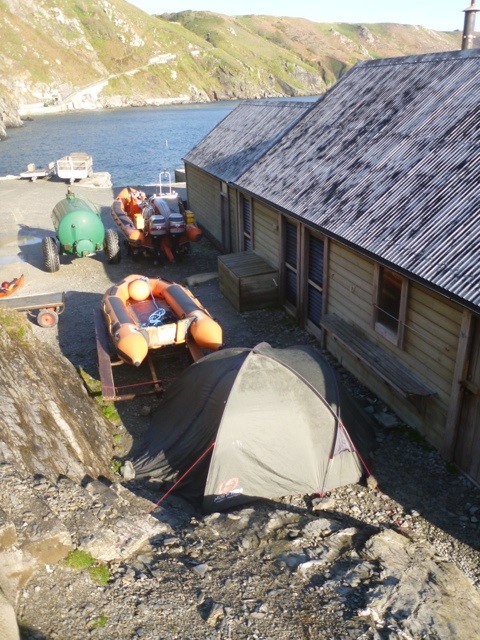