Today we didn’t paddle. We woke up needing to think things over. It wasn’t just the wind forecast that needed our attention. Yes, it was predicted F4 – 5, 6 later, headwind, but if we wanted, we could set off, and make a slow progress. Unfortunately there were other things on our minds, which made us feeling very low and demotivated at times.

The story is long. It started at the beginning of our kayaking. Discovering that the UK can offer not only great traditional climbing but also seakayaking, made us feel fortunate, in the end there is no sea around the Czech Republic, and never before did we think that sea kayaking would had had any chance there. How mistaken we were. It was Jeff Allen who first told us about someone, Petr Major, who was Czech and kayaked. He was actually the first Czech, or so we believe, to embark on Britain Circumnavigation. He made it over half way, from Dover to Portree. What an inspiration!
Slowly we started to be interested in what’s happening on the seakayaking scene at home. Actually there was a lot of happening, just the writing about it wasn’t as great as in the UK.
Czech people paddled in Alaska, South America, Greenland. They are making traditional, skin on frame kayaks, and fibreglass ones, too. Others are making great carbon paddles, one of which we are using now, and greenland paddles. There are symposiums and competitions. These we saw as great achievements considering the handicap.
And so, when we set off on our journey and started our blog, we thought nothing of writing it in English and Czech. We were actually thinking how cool this would be.
Such was our naivety. Already the first sings should have warned us. As you all know we needed some support to be able to pull this whole thing off. But the idea of sponsorship was widely criticised among the Czech audience. Never mind, we thought, paddling will reunite us all.
And so, half way through we are beaten up. There is such thing as a Facebook sea kayaking group, but compare to the British ones, is very quiet. Well, we said, we would do the same as with the UK one, we write something and put it up. But the Czechs are tough crowd. And all we have been hearing are harsh words, rejections and complains that we are spamming the quiet life of the group.
Patience, we thought. Opinion of just few people can’t deter us from our good intentions. But slowly more and more people are sending us rude and sometimes threatening messages. We were coping till yesterday. Then one of the leading expedition kayakers send us a response to our request of help and advice saying:”Hi Michal, I would like to help you, but I think that with your writing you have PISSED OFF many Czech kayakers. It would be better if you stop bothering people and instead of writing you would start to enjoy paddling. I am so pissed off by your spam, that I wanted to resign from the group where you’re posting. Nothing against you, but what you are doing, is not sea kayaking but WiFi paddling.”
After reading this, we have to admit, we felt lower that we would ever imagine we would feel on this trip. 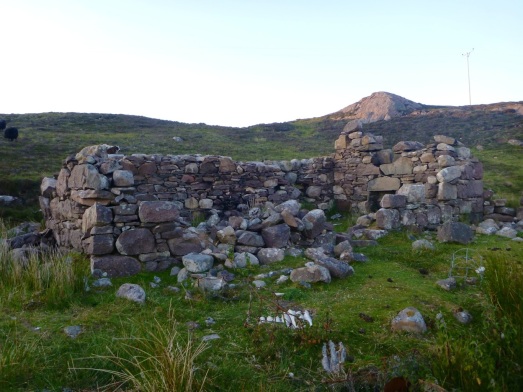