In the past as soon as people knew we were going on a trip, we came back from a trip or where to a certain place, they would ask about wildlife and mainly birds. When we were getting ready for this journey and during it, we had many conversations on this subject, conversations we try to avoid as best as we can.
If we were given a question of which birds we saw, we would say seagulls, yes/no puffins, cormorants. Often a question of had we seen any gannets would follow. Here we had to turn to mind reading, if it looked that the expected answer was yes, we would say so, if no, we would say that. There was only 50% chance of getting it wrong. 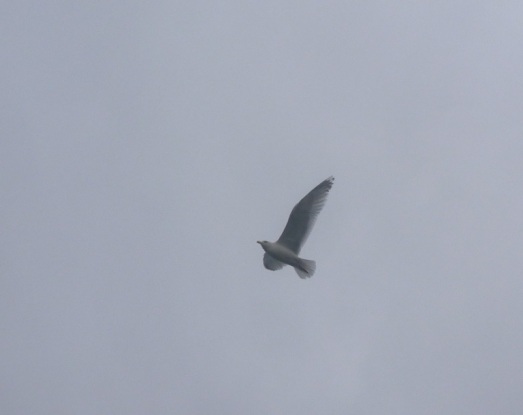 Let me explain. Czech Republic doesn’t have sea and surprisingly any seabirds. We are not that mad about them to spent time and effort reading about them. More so since we started kayaking there was always something else to concentrate on.
As expected during our trip so far we have seen many birds, usually seagulls, puffins and cormorans. But at some point there were so many so further identification was needed. Small and big seagulls emerged, some of them had black on their wings, some of them had red beak. Puffins were joined by fake puffins and really fake ones. The big brown bird was always chasing smaller white ones. There were always few ducks around, too.
Now you know why we were avoiding sea bird topic.

However everything has to finish and so did the seagulls. The high wind and predicted bad weather saw us stranded in Aberdeen. It wasn’t that bad since we had roof and bed five minutes from the harbour wall provided by Finlay and Linda, friends and colleagues of Mark, brother in law of our former and future landlord.
On Saturday morning I downloaded the new issue of Ocean Paddler and there was an article about seabirds. What a coincidence. So there and then the seagulls’ faith was signed. Indeed we have seen gannets, actually we have seen plenty of them around Troup Head. The big brown bird is Skua, the pirate, always chasing others for food. Oystercatcher is not a person but the smallish black and white seagull with long red beak. The fake puffin turned out to be a razorbill.

In the evening we were sitting with Finlay and Linda. The question of wether we seen any seabirds came. This time we could show our knew knowledge. But it turned to be even better. Linda is an ecologists specialising in sea birds, so if conversation on our part could have been very short lived, she patiently went through various places where we went and explained which birds we could see.
And so the kittiwake and not the small seagull was born, another tiny seagull with distinctive red legs and beak took his black hat off and is known as tern. The shag is no longer a cormorant. The black and white duck turned out to be guillemot, the ordinary very common looking seagull emerged as fulmar.

We left Aberdeen on Sunday to continue south. Not only the coastline was amazing but there were many sea birds. What a difference the knew knowledge made. We spent hours looking around and naming them, excited that we still remember.